Imagination​/​Wickedness and Tell Me Why My Heart Beats! DISC 2 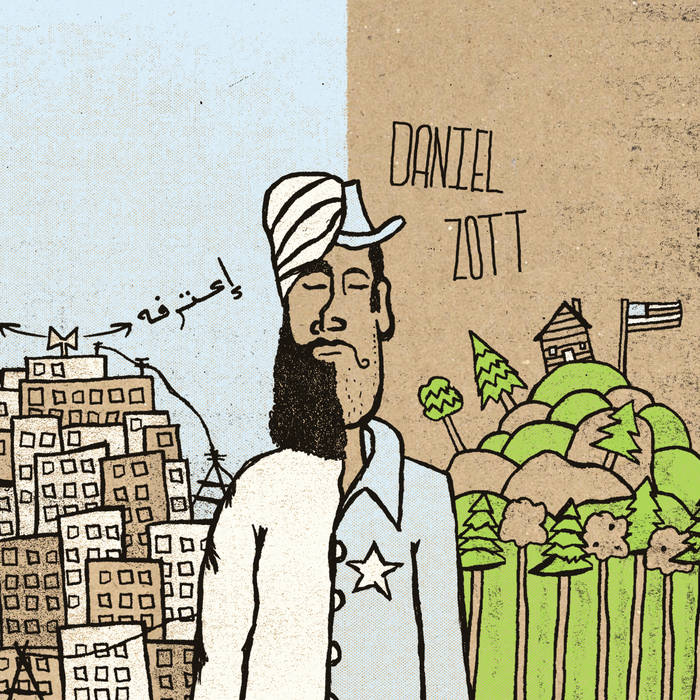 It’s often been said that a double-disc release is a virtually guaranteed kiss of death in the music industry. That is, unless your ultimate goal has nothing to do with revenue that features a substantial number of zeroes or any sort of fickle fame. When you’re simply looking to share as much of your artistic expression with as many people as possible, as Daniel Zott has so clearly chosen to do with this mega-release, well, then you’ve got absolutely nothing to lose … and everything to gain.

Clocking in at 24 tracks spread over two discs that chalk up to 90 minutes of music, The Double Album is one of the most grandiose and satisfying records to come out in ’08. The production here changes from track to track, ranging from polished perfection to lo-fi bedroom recordings, but it doesn’t create a feeling of schizophrenia as you might expect. It becomes eclectic and also an exercise in which each song’s production perfectly captures the tone of the material. Lyrically, Zott often mixes the melancholy with earnest hopefulness, fixating on subjects like anti-consumerism, the struggle to survive in a country you so often can’t identify with, and his own faith, while his double-tracked vocals soar effortlessly high into friendly falsetto skies and then creep down to small whimpers, breaking earnestly and with aching sincerity.

Musically … well, there's a lot happening here. Zott mixes hip-hop beats with minor-key vocal wanderings (as best heard in a song like “Equal Unrest”); he dives from the occasional track that resembles a much-less-depressed Elliott Smith right into a Sigur Ros-like song, looping backwards vocals over sweeping ambience. He has crafted throwback rock songs great enough to make Dr. Dog tuck their tails between their legs and go back to the drawing board; or a song like “Washed Figures,” which most closely resembles one of Aphex Twin’s chilled out moments, with a keyboard hook that runs laps through your subconscious; or the quiet, honest and acoustic “The Amazed Settler” — probably the most gorgeous song on the record.

Each of these 24 tracks features some detail that makes it click: a background break-beat, a slinky guitar lead or a melody that will hide away in the back of your brain and show up days later when you least expect it. There are immediate standouts — “The (After) Life,” We All Can’t Be Stars,” “It’s the Top Thrill” — but it’s the songs that sneak up on you after repeat listenings that really make this release as incredible as it is — songs like the haunting “To Be American,” or the beguiling “Dispensation.”

This is a perfect record for the season, populated with songs that eerily capture the mood of a city as it turns up its collar, braces for a chill and contemplates hibernation, but repeatedly offset by exuberant tracks that will shake off the onset of any sort of Seasonal Affective Disorder, shining beams of sunlight between your drawn blinds. My only complaint: a few of the songs seem like ideas; fragments that warrant further exploration. Did I just complain that 90 minutes of this music isn’t enough? Wow. I guess that’s not such a complaint after all. — KIRK VANDERBEEK

All Songs Written By Daniel Zott

Daniel Zott played all the instruments

Recorded In Their Basements

Artwork By THE SILENT GIANTS

Daniel Zott was born in a hospital. Noise was hitting his ears since he was impossibly (mathematically speaking) constructed. Eventually, he wanted to make his own noise. He stumbled upon a guitar after a sports injury in junior high. He never played sports again. ... more